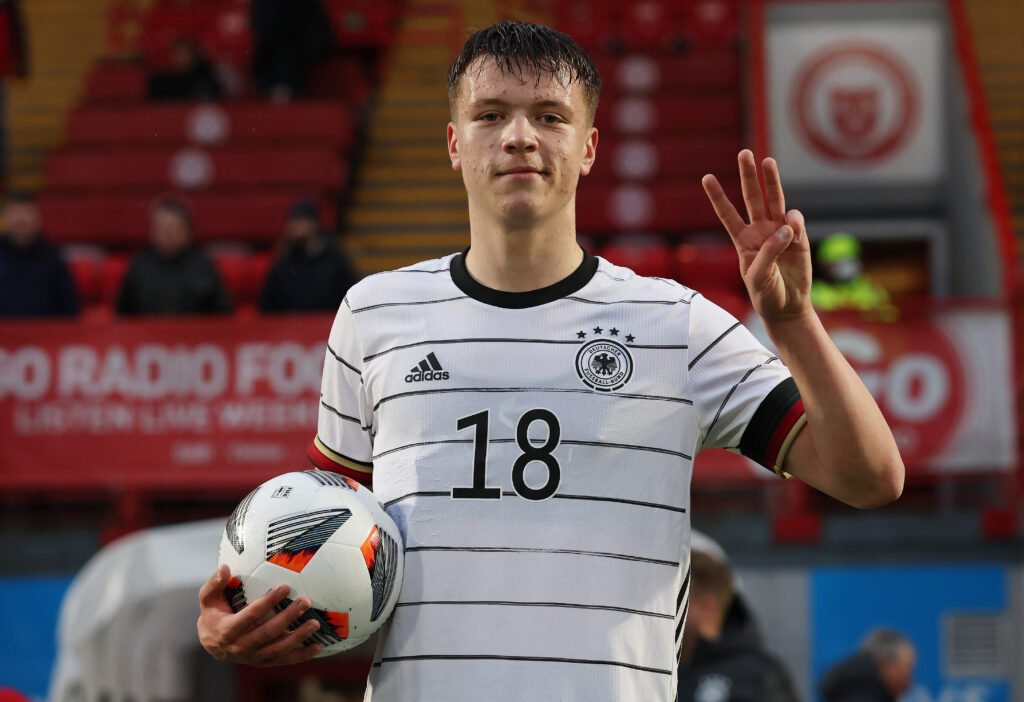 HAMILTON, SCOTLAND – MARCH 29: Dzenan Pejcinovic of Germany is seen with the match ball after scoring a hat trick during the UEFA Under17 European Championship Qualifier match between Germany U17 and Czech Republic U17 at New Douglas Park on March 29, 2022 in Hamilton, Scotland. (Photo by Ian MacNicol/Getty Images)