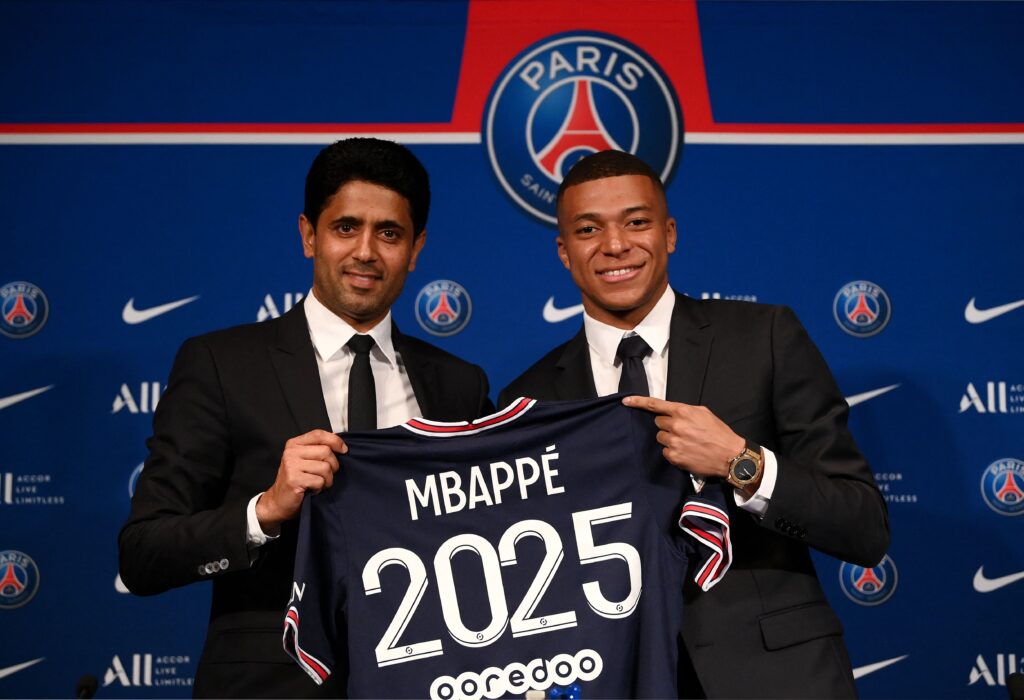 Paris Saint-Germain’s CEO Nasser Al-Khelaifi (L) and French forward Kylian Mbappe (R) pose with a jersey at the end of a press conference at the Parc des Princes stadium in Paris on May 23, 2022, two days after the club won the Ligue 1 title for a record-equalling tenth time and its superstar striker Mbappe chose to sign a new contract until 2025 at PSG rather than join Real Madrid. (Photo by FRANCK FIFE / AFP) (Photo by FRANCK FIFE/AFP via Getty Images)