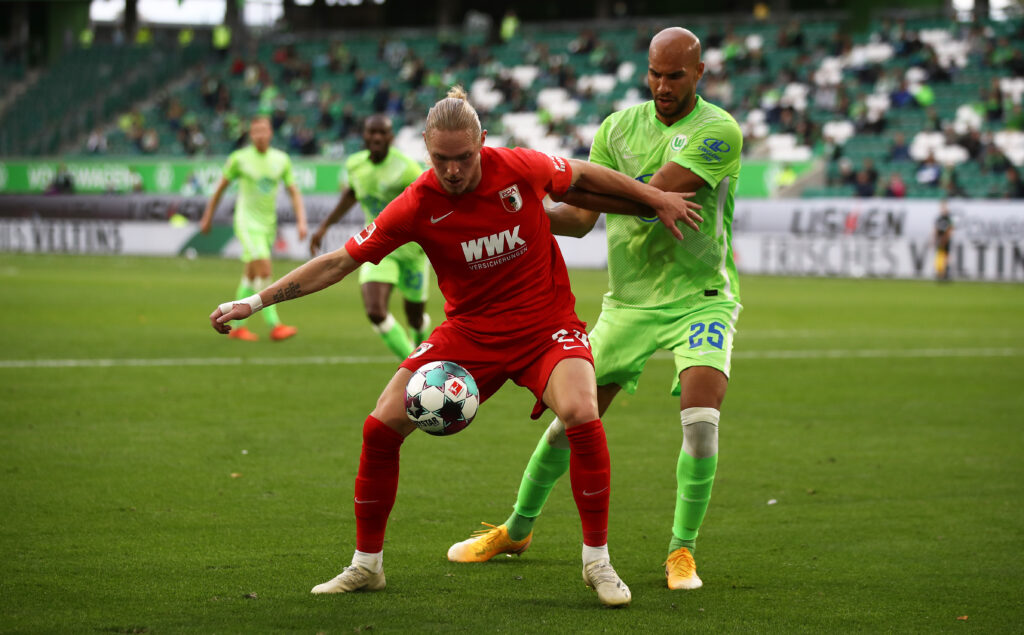 WOLFSBURG, GERMANY – OCTOBER 04: Hans Fredrik Jensen of Augsburg battles for possession with John Brooks of VfL Wolfsburg during the Bundesliga match between VfL Wolfsburg and FC Augsburg at Volkswagen Arena on October 04, 2020 in Wolfsburg, Germany. A limited number of fans have been let into the stadium as COVID-19 precautions ease in Germany. (Photo by Maja Hitij/Getty Images)