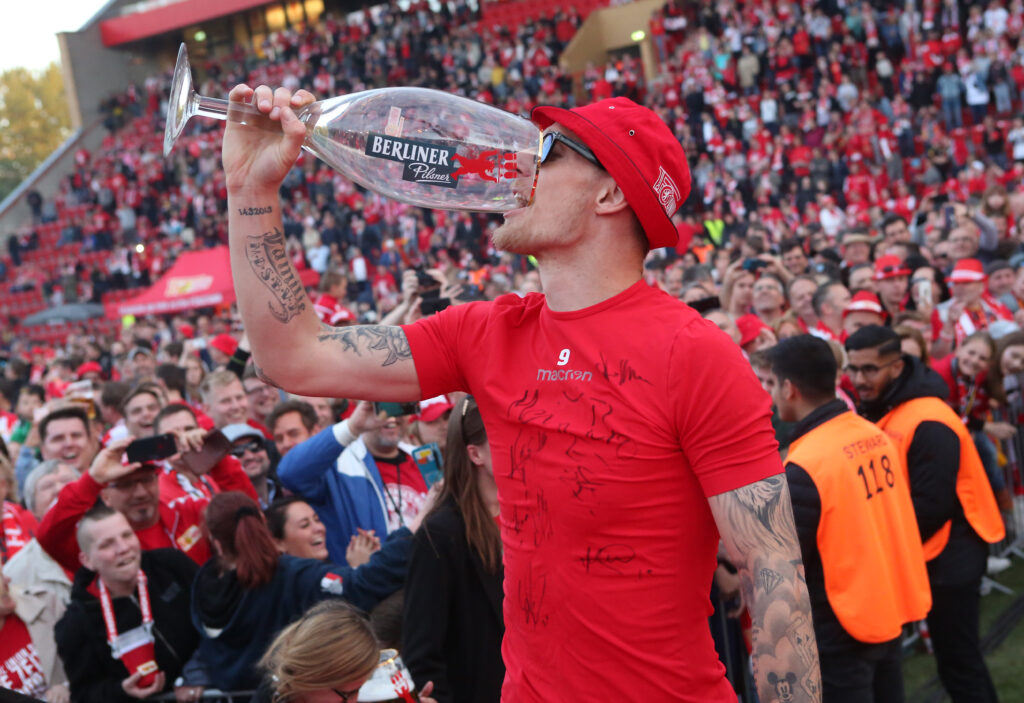 BERLIN, GERMANY – MAY 29: FC Union Berlin player Sebastian Polter celebrates at his team’s stadium, the Alte Försterei, in the Berlin district of Köpenick after the promotion of the team to the Bundesliga, on May 29, 2019 in Berlin, Germany. After defeating VfB Stuttgart in the relegation play-offs 1. FC Union Berlin won promotion to the Bundesliga for the first time in club history for the season 2019/2020. (Photo by Adam Berry/Bongarts/Getty Images)